The Emotional Potency of Narrative Biography

Ithaca residents Mara Baldwin and Mimi Baveye of Crooks and Nannies Productions will be joining Arcades Project this spring. Their project promises to transport viewers to childhood with the first installment of a zine series in which Ithaca history is re-imagined by and for children. Each of Crooks and Nannies’ zines retells and reimagines local lore through the eyes of one extraordinary ten-year-old per decade.

By planting artifacts and placing them in a historical context, Crooks and Nannies reimagines the past while contextualizing it in the present. Based on the assumption that history is a series of widely accepted ‘true’ stories constantly evolving depending on present social mood, Baldwin and Baveye grey the zone of real and unreal, probable and improbable, by presenting the consumer with a dynamic perspective on his or her familiar environment.

“This project is in experimentation in weaving together several storytelling strategies in an accessible and interesting way—the emotional potency of narrative biography, the contextualization of historical trends, and the relevance of both within a contemporary local and social landscape,” Baldwin and Baveye stated.

Their previous works all share a preoccupation with the watery nature of memory, the recontextualization of objects, and the power of storytelling, they said. 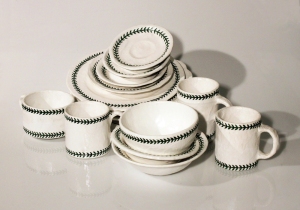 Crooks & Nannies, An Attempt at Coordination 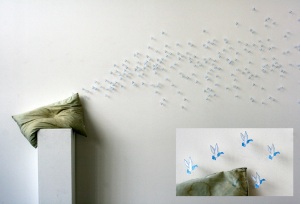 Crooks & Nannies, How to Remember Something Quickly

Comments Off on The Emotional Potency of Narrative Biography